Iranian pistachios production and sale  also have been influenced by several factors ,For Iranian  pistachios crop 2018 and 2019 click here

Iran is located in semi-arid region of the earth  and water supply has always been one of the concerns of Iranian pistachio producers.

Also, the average rainfall in the past 11 years was 195 mm, which clearly shows that Iranian pistachios orchard has been experiencing a significant drop in rainfall over the past eleven years, which has led to lower ground water levels.

In some places like Kerman, one of the most important centers for pistachio production in Iran, the average rainfall in the last 50 years was 122 mm, but last year only 51.3 mm of rainfall in the province precipitated, causing the withering few gardens in some   province .

This year the rainfall was incredibly good; in the whole Iran 323 mm and in Kerman 161 mm rain,

It is noteworthy that rain is still possible.

This has been a great pleasure for pistachio farmers and also has led to an increase in groundwater levels.


According to the latest official statistics of the Ministry of Agriculture, the bearing amount of pistachio garden in Iran is currently about 376,000 hectares, and the amount of non-bearing gardens of pistachios is about 102,000 hectares.

This increase in gardens was mostly found in places other than Kerman, especially in provinces that have rainfall and good soil and climate conditions.

The statistics on “bearing and non-bearing” of Iranian pistachio trees in 2009 and 2016 were as follows.

As shown in table above in 2009, 64 percent of Iran’s   bearing pistachios were in Kerman, while seven years later in 2016 it reached to 53%. Also, the share of non-bearing pistachio in Kerman has risen from 24.5 percent in 2009 to 13.4 percent in 2016. These statistics clearly shows that the concentration of pistachio planting has been transmitted from Kerman to the  other  parts of Iran.

In the past year, cold has two effects on pistachio performance

Different pistachio trees for proper fruiting require a certain number of cold weather hours in winter, while in the last year, in some areas, this did not require adequate amounts in the winter, which reduced crop production and caused a large loss of Iran pistachio sprouts.

during the spring of last year, when pistachio trees blossomed, over some nights temperature dropped below zero in many areas, caused  many blossoms to fall, result of those night was  decline in Iranian  pistachios production.

Also, spring hail problems were also other factors that caused the blossoms to fall in some parts.

Fortunately this year, most of the areas were not frozen.

But hail caused a lot of damage in some of the important areas of Kerman province, more damage caused to the Fandoghi type of pistachio. 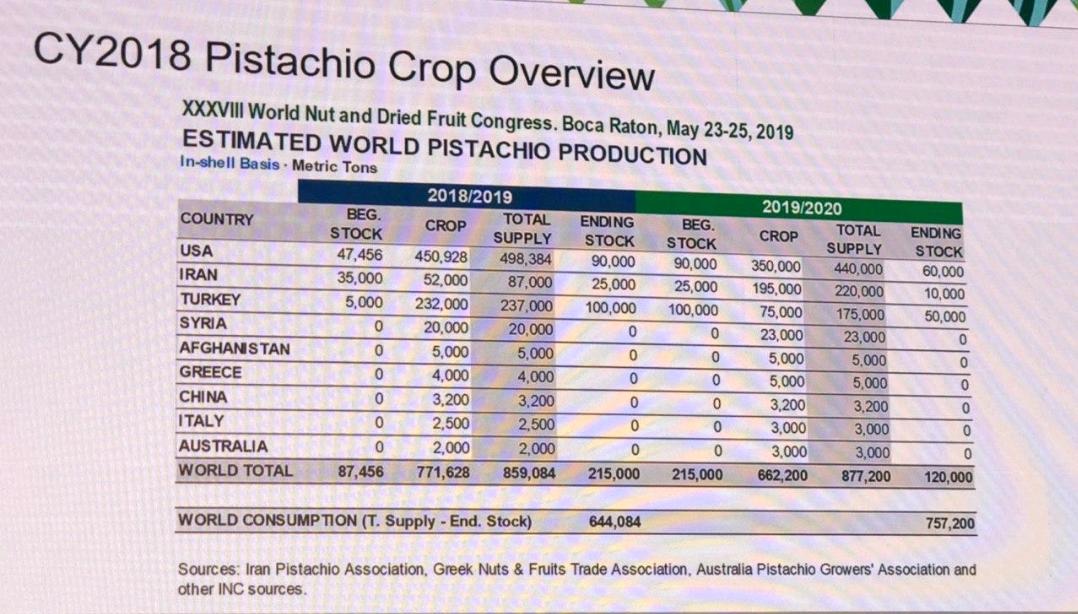 Last year, the United States imposed the most severe sanctions against Iran. The sanctions do not include food, but because of fears of possible US punishment, most foreign banks cut their ties with Iran and refuse to cooperate and transfer money to Iran. As a result, exporters encountered some problems, while Iranian pistachio exporters received their money mainly through exchanges, intermediaries, other countries or importing goods instead of pistachios.

But many countries, such as the UAE, which are available by small ships, continue to operate their regular services; ships to destinations in China and India, which are the main targets of Iran’s pistachios, are still ongoing.

A few days ago, Iran’s Chabahar port was exempted from sanctions by the United States government, which is good news for Iranian pistachio exporters, this port will provide special services to the Indian market, which will be valuable for Iranian exporters.

There were other problems with shipping last year,

This caused the delivery of some orders to be delayed, fortunately, the current situation is normal.

Also, many destinations, such as Europe and Russia, are also available through land transport. In general,

US sanctions on land and sea transport in Iran have not had a significant impact on Iran’s pistachio exports.

Iranian pistachio exporters have been mainly involved with domestic problems.

During the past three years, the Central Bank of Iran has repeatedly changed its export regulations and directives, which has caused widespread problems for exporters of pistachios over the past year.

The good news is that a number of pistachio producers, during a meeting with government officials last week . They succeeded in making changes to the export-related instructions to make pistachio exports simpler.

Probably, these changes will increase the speed of Iranian pistachio exports to the rest of the world.

The exchange rate of the Iranian currency (Rials) against the dollar has fluctuated over the past year . This caused confusion among exporters and farmers to determine the price of pistachios . Therefore couldn’t plan to  have  long-term export of pistachios.

A large number of farmers refused to sell all their pistachios crop because of Constant exchange rate fluctuations.

The pistachio harvest season will come in 3 months . Evidences shows that Iran pistachios will have good amount of crop for the new season.

So Farmers now are supplying the rest of their pistachio products to the market , which has   increased  the supply of pistachios and a declined   its prices for now.

pistachio price per kilo in india 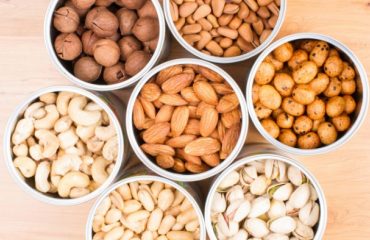 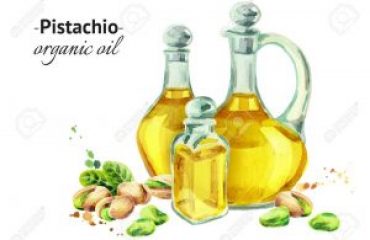 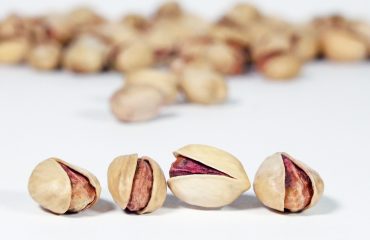