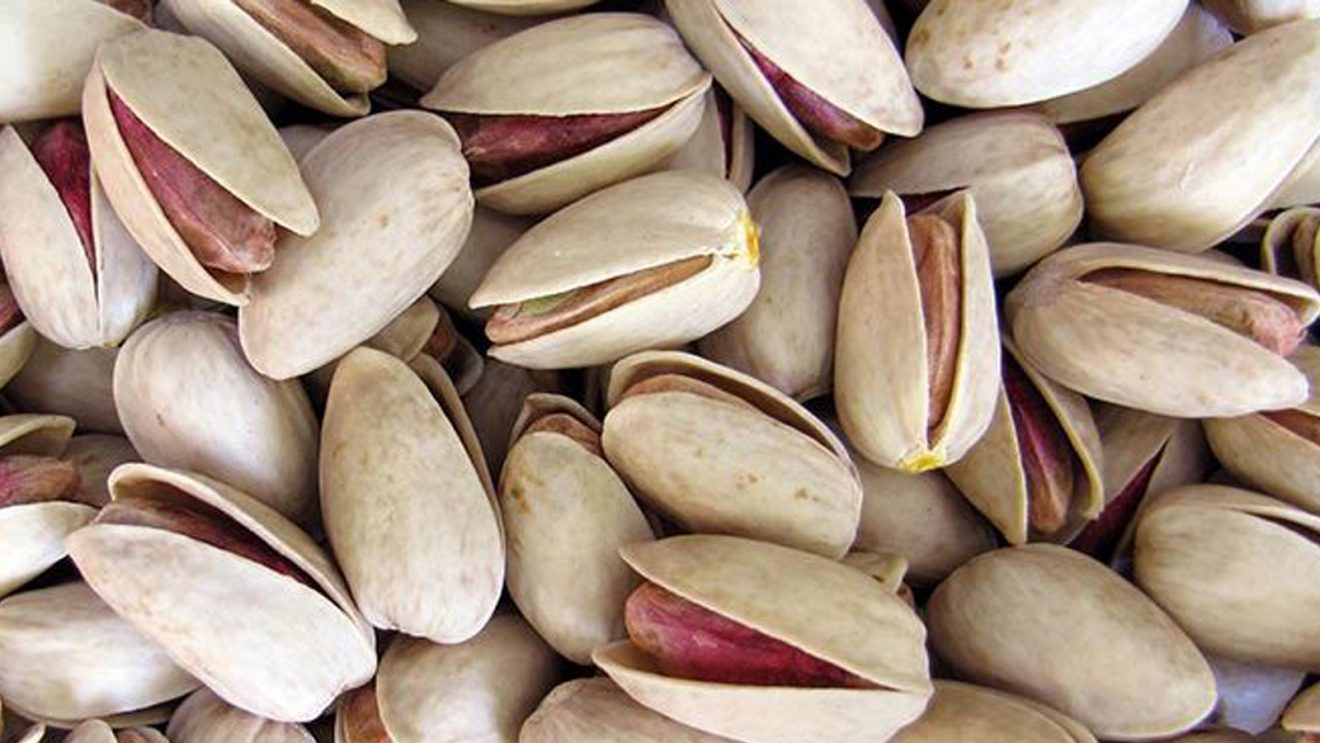 This product is the third pistachio after “Akbari” and “Ahmad Aghaee” in terms of length. Badami pistachio resembles Almond in appearances but has a much better taste and flavor. 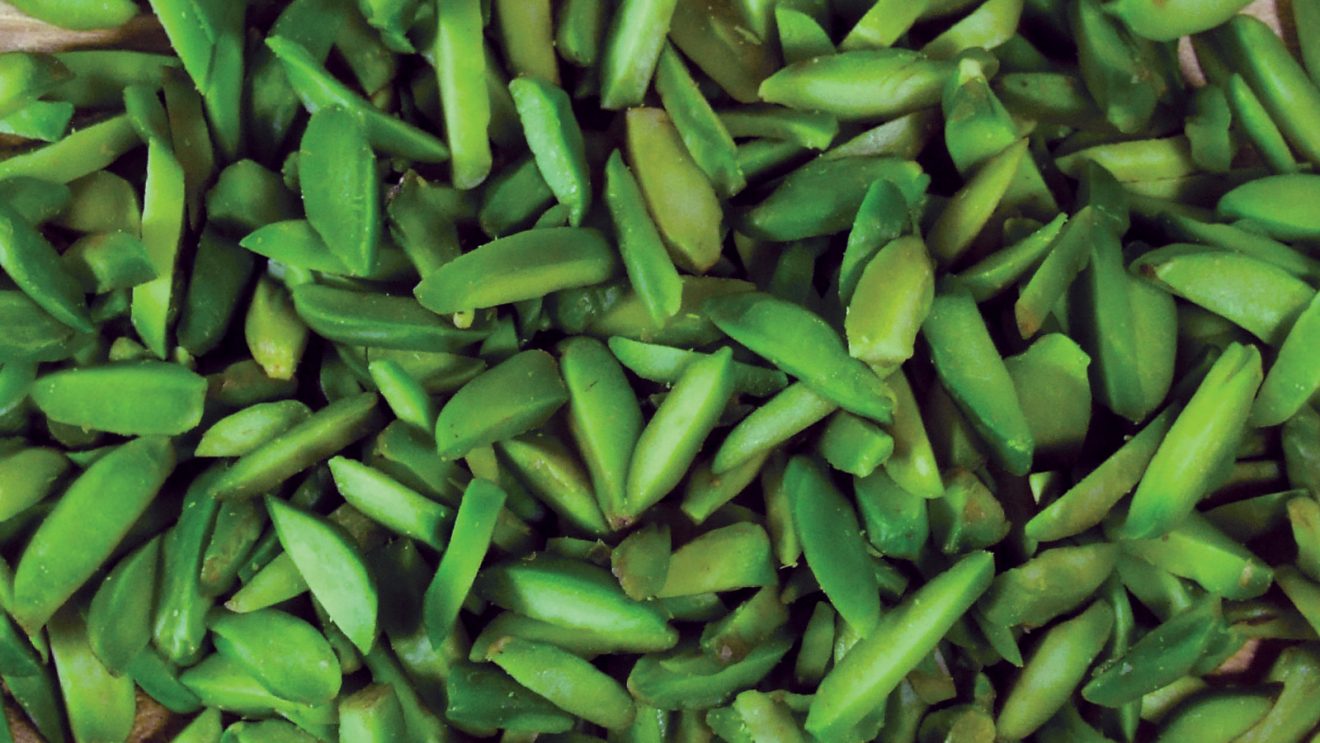 This product has a worldwide reputation for its beautiful green color and is more expensive than other pistachio products. The size of each piece is approximately 2×10 mm

Being the most expensive variety of Iranian pistachios, this product is also exclusively grown in our country. 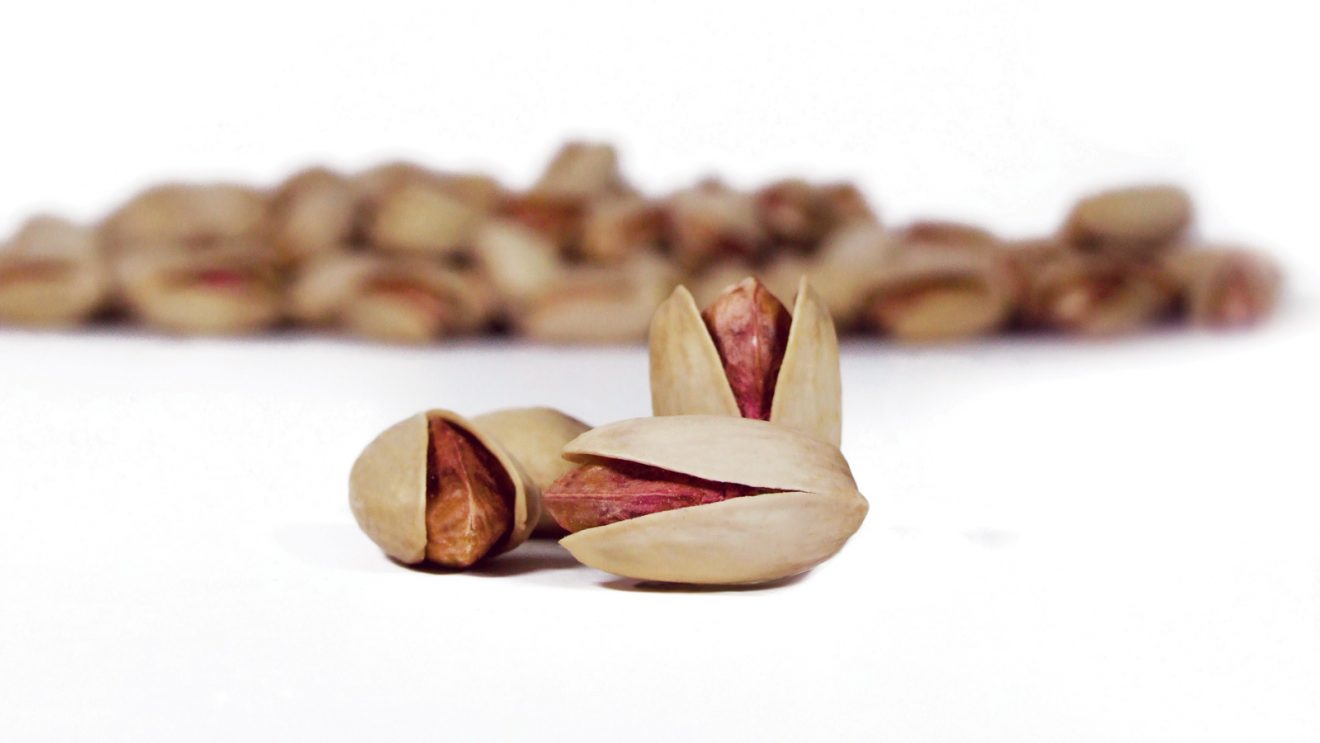 This pistachio is very popular in Asia in general and in India in particular. It also is used extensively in some parts of the Europe.

This product is the most commonly grown and recognized pistachio wherever you go. Around 50% of the Iranian pistachios are Fandoghi.

Due to early harvesting, this product is relatively raw but looks much greener than ripe pistachio. It also is quite more expensive.

Blended from the highest quality pistachios, this flavorful product has no added sugar and is suitable for either savory or sweet recipes. It adds an extremely unique taste and flavor to a variety of treats and sweets such as pesto, ice cream, biscuit, torte and Turkish baklava

Origin of pistachios in Iran goes back to more than 2500 years ago when Achaemenid Empire ruled our country. Historical evidences indicate that wild (self-growing) pistachios of that period were gradually turned into cultivated one. Considering the fact that cultivation tools at that period of history were pretty much primitive, Persian pistachio growers did an outstanding job of preserving it.

The English word pistachio is driven from pistaco which is an old Persian name. With some variations, similar names are integrated in Greek, Spanish, Arabic, Turkish, Russian, Japanese and European languages.

Due to its aroma and vivid color while on the tree, pistachio symbolizes hope and happiness in Iranian literature and culture. Furthermore, it is known as the smiling nut. Chinese people call it happy nut. Some people in The Middle East sit under pistachio trees and wait to hear a cracking sound coming from nuts. They believe this sound is a good omen and will bring them happiness.

Pistachio trees reach their prolific stage at the ages of 7 to 9 years. Pistachio tree’s tolerable heat range is between -25 to +45 degrees centigrade. Pistachio is resistant to dry weather
and water shortfalls. Its tree is second to date palm in terms of resistance to salty soil.

In recent years pistachio marketing has developed and expanded considerably. From snack to cookie to cake to chocolate to ice cream and many other areas you can find traces of pistachio almost everywhere.

PISTACHIO VARIETIES:
In general, pistachios could be divided in two kinds of round and long. As a result, the opening of the mouth in the round pistachio is normally shorter than the long one.

Our regular packages are in the amounts of 25, 50 and 60 Kilograms shelled pistachios. However, we easily adopt ourselves to the demands of our customers and are able to provide them with different packages of different pistachio products. For instance, packages of 10 and 12 kilograms kernel and packages of 5 kilograms silvered pistachios are available. We also have a vacuuming system available to preserve the freshness of our products if necessary.

Our company is proud of paying attention to specific demands of its customers. Therefore, when it comes to packaging, we pay serious attention to details to accommodate our customers. We know what it takes to preserve the high quality of our products. As a result, we take all the steps that are required to prevent them from risks of contamination.

Whether it is during the packaging or transportation, we make sure that our products remain fresh and ready to use. Prior to packaging, our modernized warehouses keep our products in the best possible conditions.

Packaging has become a combination of art and technology. The nicer the package, the better it sells. Nice looking packages are as important as safe packages. We combine both safety and appearance in our packaging of pistachio products. Moreover, our packaging system is very efficient and cost cutting. It enables us to offer pistachio products at substantially discounted prices. You will be delighted for what you get for your money.

We know that some physical and chemical factors may interfere with the safety of our products. Moisture, heat, dirt, oxygen, smoke and polluted air are some of these factors. We know how to keep our products away from them.
One major consideration in our packaging system is the ease of handling. From the day one, we make sure that packages are clearly dated and are not susceptible to manipulation. At the same time, we provide printed universal information about our products on every single package. Insurance is also available.

Please, buy with confidence. We will be with you every step of the way

Great soil, suitable sunshine and unmatched atmosphere have joined together to create a unique situation in which the best pistachios in the world are produced in Iran. One of the advantages of Iranian pistachio is its high kernel ratio. it means you get more edible kernels for the same amount of Iranian pistachios than any other pistachios in the world. Another advantage of the Iranian pistachio is its high resistance to temperature ﬂuctuations from sources such as cooking oil or extreme hot environment. therefore, preserves its taste and ﬂavor under those unfavorable circumstances. Our pistachios taste great roasted or raw. They add extra taste and ﬂavor to a variety of sweets and treats.